If you like street art, you might to see the Hors les Murs // Extramural exhibition ! Art42 Gallery opened in Paris in last October and defines itself as an “anti” Art museum. The French Institute in Vientiane was the last stop of this first tour in Asia, tour with the aim to . 8 artists have been choosen to showcase their Urban Art. And, as you can imagine, 8 artists, 8 styles.

Stew’s signature is stencil that he uses and he then finishes the work with spray cans. Inspired by Japan, (most of) his universe includes Japanese face.

On the streets of Paris, you still have the Japanese influence.

Bault used spray can with low pressure and acrylic painting to create colorful creatures, straight from his imagination. Special crush his owl.

At first, he took his inspiration in African masks. Besides, on the 3rd painting, you can easily recognize the pattern. But while he decided to go more into details, it, at first glance, look pretty abstract. However, the 1st painting is more precise. Pretty interesting.

He also took inspiration in Africa. Most of his works are made with brush or… Pencil. Like this profile. Come closer (or zoom !), the precision is blowing. Stunning !

At first sight, motifs look very tribal, but do you know what is represented on the 3 pictures ? Parisian sewer drain ! Yes. And for whose have trained eyes, you can see the same motif over and over again. Did you notice it ?

36 Recyclab is a big fan of “machines”. So, of course, his art is all about machines. The first step is taking photos. After making a 3D, the artist then models it, and to finish, textures it. Here by felt liner.

Kay brings you in the universe of old propaganda posters, in an unconventional universe, where “strange characters come to life”

She says she is not a good illustrator. So her thing is the collage. Mixing a more than gentle touch of feminity and ads from the 50s, her collages will be printed to cover wals in Paris. Love it !

Where to see it ? 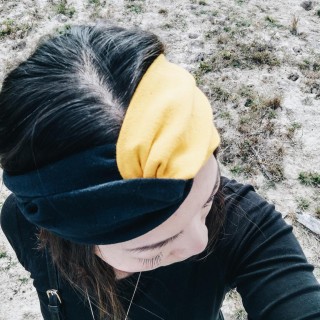